Mothering Sunday is a special celebration dedicated to all mothers. 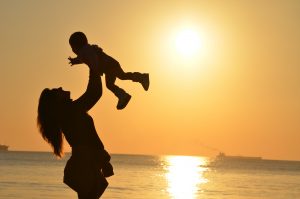 It is a day honouring the bond shared between children and their mums, allowing kids to show their mums how special they are. It is also a great way of showing gratitude and being thankful to all of the incredible women in your life.

Of course, there is far more to the day than merely expressing your love for your mum by buying her a gift. This article provides information on the history of Mother’s Day, as well as the manner in which people from other countries celebrate the day.

Is It Mothering Sunday or Mother’s Day?

Traditionally, the term is ‘Mothering Sunday‘ and applies to the fourth Sunday on the Lenten Calendar. This refers to the three weeks before Easter, which is celebrated primarily by Christians in Europe. It is a day where mothers are showered with gifts and children express their love for their mums.

The more modern name for Mothering Sunday is Mother’s Day, and this is the more common term used in today’s society. The premise for the day remains the same as it has in previous years.

Why Do People Celebrate Mother’s Day?

During the 16th century, the practice of returning to the ‘Mother Church’ for a service on the fourth Sunday in Lent was a basis for Mother’s Day. This was also the day when servants were permitted to visit their ‘Mother Church’ (the main parish or diocese) and visit their families. It was common practice to collect flowers while travelling home to present to one’s mother and display in the parish.  Nowadays gifts such as flowers, chocolates, jewellery or perhaps a sterling silver baby cup might be exchanged.

As time passed, the religious elements of Mother’s Day were replaced by general gift-giving; therefore, by the early 20th century, the celebration had fallen by the wayside. Thankfully, due to the commercial efforts of the United States in the 1950s, Mother’s Day regained its position as a day of celebration.

What About Mothering Sunday in Other Countries?

As there are mothers across the globe, there are various ways of celebrating Mothering Sunday in other countries.

Mothering Sunday in France is similar to Mother’s Day in the UK; however, the tradition only began in the mid-20th century. Before the introduction of capitalism, several days were utilised to recognise women who gave birth to several children helping to restore the country’s population after the First World War. In fact, medals were passed out to women who had large families! After the Second World War, the government in France declared the final Sunday in May to be Mother’s Day, as long as it did not coincide with Pentecost. If it did, the mothers would celebrate Mother’s Day on the first Sunday in June. Irrespective of the date, the traditional gift is a flower-shaped cake.

After World War II, Mothering Sunday gained popularity in the country of Japan, and it is celebrated on the second Sunday in May. Typical gifts include pink or red carnations as these flowers symbolise purity and sweetness. Children often sketch images of their mothers and give them to their mums along with food dishes that they were taught to cook.

Mothering Sunday is celebrated on the final Sunday in May in Sweden, and is very similar to the UK Mother’s Day. Breakfast in bed with homemade cards, and such like gifts, are typical of this day. The one variation is that the Swedish Red Cross collects funds on the day by selling red plastic flowers. The funds are sent to children and mothers in need.

Mexico’s Mothering Sunday is one of the more serious celebrations. It is a fixed day being celebrated on May 10th, and the majority of the country will shut down (except for restaurants). The lunches for mothers can last for approximately five hours, and waiters will often earn extra hours.